PICTURE BOOK
Picture book "I love you one time more that much!". A story about the great love that did not fit in the heart of one little girl. Project made with polish author and dramaturge Katarzyna Mazur-Lejman.
Picture book for kids and adults of all ages
Size: 300x300 mm / 40 pages

About book
It is a story of love so great that it could not fit in one little girl. The action takes place in a kitchen and is a record of daughter's short conversation with her father. The conversation scene is intertwined with more and more metaphorical images, and the world of fantasy gradually flows into reality.

Author of the story Katarzyna Mazur-Lejman
Katarzyna is a playwright, poet, teacher and philologist of the Polish language.
She works as an elementary school teacher, teaching Polish and ethics. Katarzyna is also a doctoral student at the University of Warsaw, in which she deals with the issue of adolescence in contemporary drama for young people.
Her dramas have received both awards and recognition of their high artistic value at a competition organized by the Children's Art Center in Poznań.

How I drew 100 houses
One spread of the book was with the following text: "I love you like a hundred houses! Like a hundred enormous houses high to the sky, stacked on top of each other and on top of each other up to the clouds!". I proceeded to work on illustration and showed an intermediate sketch to Katarzyna. On it, I depicted a mountain of houses (without an exact number), but Katarzyna asked me to draw EXACTLY 100 houses (no less), because this is how the reader will understand exactly how the girl loves her father in the story. I had to count the houses while drawing! And since the mathematician from me is bad, I even drew a couple more, there are 102 or 103 of them. 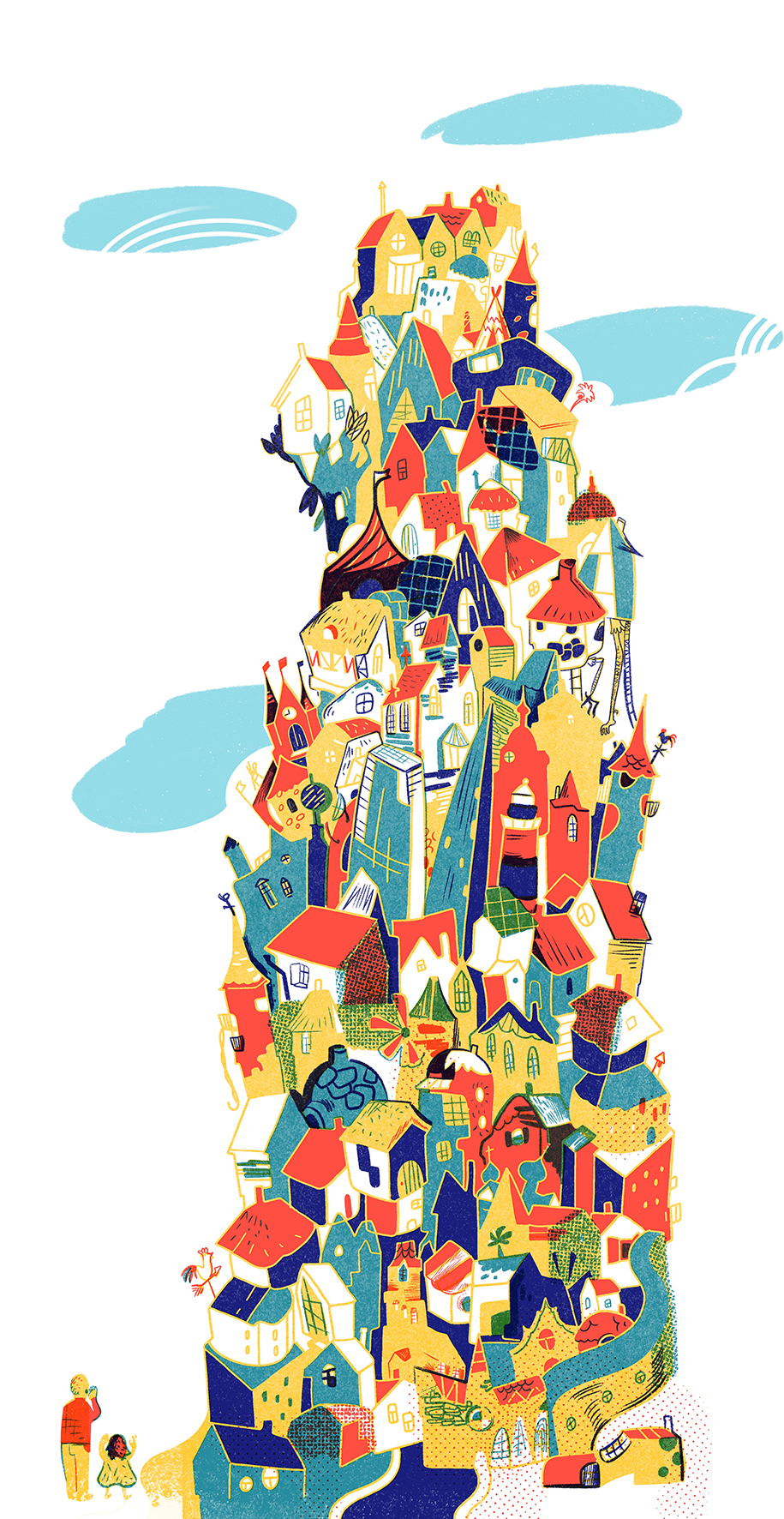